War of the Dead

Captain Martin Stone is leading a finely-trained, elite platoon of Allied soldiers as they attack an enemy bunker. Underestimating their enemy’s strength, they are quickly beaten back into the forest. As they try to regroup, they are suddenly attacked by the same soldiers they had just killed a few minutes earlier. Forced to flee deeper into Russian territory, they discover one of war’s most terrifying secrets and realize they have woken up a far more deadlier enemy. 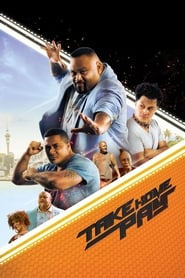